The Saints (favorites of Allah) Do Not Die, They Just Hide Behind The Veil,
So What If They Leave The World Silently?

Hazrat Mian Muhammed Bukhsh RA
Mian Muhammad Bukhsh was a Sufi saint and a Punjabi/pahari poet. He belonged to the Qadri tariqah. He is especially renowned as the author of a book of poetry called Saif-ul-Maluk. He was born in a village called khari Sharif, situated near Mirpur azad Kashmir.

He was a fourth generation spiritual descendant of Damriyan Wali Sarkar, who is buried in Khari Sharif. Damriyan Wali Sarkar's khalifah was Din Muhammad; and his khalifah was Mian Shamsuddin, who had three sons: Mian Bahaval Bakhsh, Mian Muhammad Bukhsh and Mian 'Ali Bukhsh. Mian Muhammad Bukhsh's ancestors originated in Gujarat,He belongs to the gujjar tribe and his sub cast was Poswal. The word "Poswal" is derived from the Arabic word "Boswal", which literally means "one who asks questions", but it has been pronounced as Poswal for many centuries in South Asia. Poswals are a branch of the main Gujjar Tribe, which spans across India (Gujarat), Pakistan, and Afghanistan. Poswals actually used to live in Arabia until Islam spread across Persia and South Asia. The first contingent of Poswals arrived in South Asia with the Forces of Muhammad Bin Qaisam when he invaded sindh in 712 A.D.Even before Poswals arrived, hundreds of thousands of Gujjars were living across the subcontinent though no Poswals were residing there at that time. Today, many Poswals may be found in the punjab and NWFP provinces of Modern Pakistan, in Uttar pardesh of India and in modern  Saudi Arabia. However, the word Poswal doesn't exist in Arabic, many Poswal Arabs are Boswal, or they have adopted the name of their great great ancestor as their sub tribe and trace there decendence back to sahabi-e-Rasool Hazrat Wahi Kalbi R.A .His ancestors had later settled in the mirpur district of azad jammu& kashmir. He was a poet of Phari language (widely spoken in different parts of Kashmir.

There is considerable disagreement about his year of birth. Mahbub 'Ali Faqir Qadiri, in a biography printed as an appendix to the text of saif ul malook gives the date as 1246 AH (1826 AD), a date also followed by the Shahkar Islami Encyclopedia; 1830 and 1843 are suggested in other works. Mian Muhammad Bakhsh himself states in his magnum opus, saif ul malook, that he completed the work in the month of Ramadan, 1279 AH (1863 AD), and that he was then thirty-three years of age. Hence, he must have been born in 1829 or 1830.

He was brought up in a very religious environment, and received his early education at home. He was later sent with his elder brother, Mian Bahaval, to the nearby village of Samwal Sharif to study religious sciences, especially the science of Hadith in the madrassah of Hafiz Muhammad 'Ali. Hafiz Muhammad 'Ali had a brother, Hafiz Nasir, who was a majzub, and had renounced worldly matters; this dervish resided at that time in the mosque at Samwal Sharif. From childhood Mian Muhammad had exhibited a  a penchant for poetry, and was especially fond of reading yusuf o zulaikha by Nur - ad - din   abdar rahman jami. During his time at the madrassah, Hafiz Nasir would often beg him to sing some lines from Jami's poetry, and upon hearing it so expertly rendered would invariably fall into a state of spiritual intoxication.

Mian Muhammad was still only fifteen years old when his father, falling seriously ill, and realizing that he was on his deathbed, called all his students and local notaries to see him. Mian Shamsuddin told his visitors that it was his duty to pass on the spiritual lineage that he had received through his family from Pir-e Shah Ghazi Qalandar Damriyan Wali Sarkar; he pointed to his own son, Mian Muhammad, and told those assembled that he could find nobody more suitable than he to whom he might award this privilege. Everybody agreed, the young man's reputation had already spread far and wide. Mian Muhammad, however, spoke up and disagreed, saying that he could not bear to stand by and allow his elder brother Bahavul to be deprived of the honour. The old man was filled with so much love for his son that he stood up and leaving his bed grasped his son by the arms; he led him to one corner and made him face the approximate direction of Baghdad, and then he addressed the founder of their Sufi Order, Shaikh Abdul qadir jilani presenting his son to him as his spiritual successor. Shortly after this incident his father died. Mian Muhammad continued to reside in his family home for a further four years, then at the age of nineteen he moved into the khanqah, where he remained for the rest of his life. Both his brothers combined both religion and worldly affairs in their lives, but he was only interested in spirituality, and never married - unlike them.

Despite the fact that he had essentially been made a khalifah of his father, he realized that he still needed to make a formal pledge of allegiance or bay'ah to a Sufi master. Having completed his formal education he began to travel, seeking out deserted locations where he would busy himself in prayer and spiritual practices, shunning the company of his fellow-men. He took the sufi pledge of allegiance or bay'ah with Hazrat Ghulam Muhammad, who was the khalifah of Baba Baduh Shah Abdal, the khalifah of Haji Bagasher (of Darkali Mamuri Sharif, near Kallar Syedan District Rawalpindi), the khalifah again of Dumriyan Wali Sarkar. He is also said to have travelled for a while to sirinagar, where he benefitted greatly from Shaikh Ahmad Vali.

Once he had advanced a little along the sufi way he became more and more interested in composing poetry, and one of the first things he penned was a qasidah (quatrain) in praise of his spiritual guide. Initially he preferred to write siharfis and duhras, but then he advanced to composing stories in verse. His poetry is essentially written in the Pothohari dialect of Punjabi, and utilizes a rich vocabulary of Persian and Arabic words.

He died on the 7th day of the Islamic month of Dhu al-Hijjah 1324 AH (1907 AD), and was buried in khari sharif, not far away from his spiritual great great grandfather, Damriyan Wali Sarkar. To this day many people visit his tomb with the intention of receiving spiritual blessings. 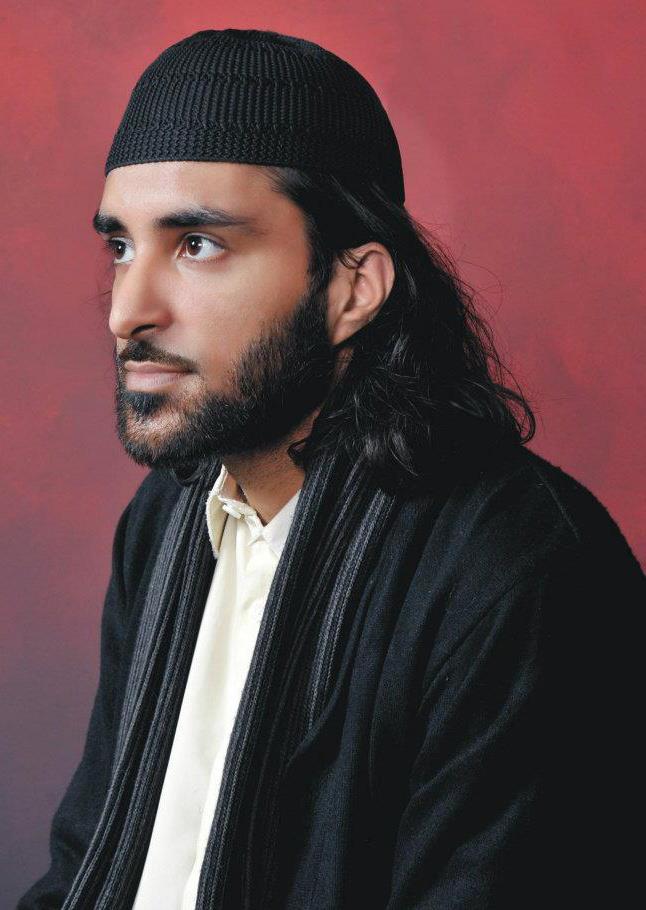 4) Monthly Giyarmien Shareef at the residence of Sajjada Nasheen